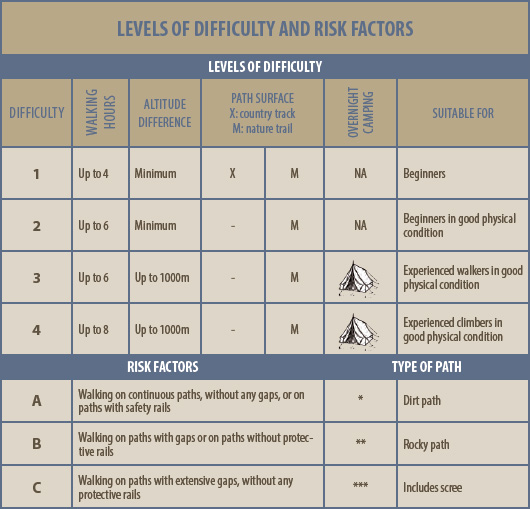 The paths that we propose to you are all safe and tested. Furthermore the following information concerns all types of excursions that you can choose during your stay in Crete.

Even if you are an experienced hiker please do not disregard our advice for it concerns specifically the island of Crete.

Crete is an island of wilderness. Its wild side makes it so appealing to hikers and travellers in general but there is a great number of them that underestimate how wild it can become and they put themselves in danger. Every year there are people that need to be rescued, some get badly hurt and others even die. Most of the times none of these incidents would have happened if basic precautions had been taken or if they had used their common sense.