INTO THE WORLD OF BIRDS OF PREY Birdwatching in European Avifauna Hotspots throughout Crete, with a specialised mountain guide

These big Mediterranean scavenging birds have been living in harmony with their natural environment for thousands of years. In recent decades, despite the trend of abandonment of mountainous regions by human, various species of vultures and eagles, have been under threat of extinction. However, in Crete –one of the strongholds of such big birds, whether scavengers or birds of prey- their numbers have been consistently stable.

Why has Crete proven so significant for scavenging birds and birds of prey?
Why do migrating birds fly over our island?
What conclusions can be drawn from observing these birds?
Which is the ‘hidden’ link of the food chain?

These are some of the questions we are going to attempt to answer on these trips:

- on the southernmost mountainous massif of Crete, the Asterousia range (Heraklion)
- in the Gorge of Platania, lying at the southwestern foothills of the massif of Psiloritis, in the region of Amari (Rethymnon)
- on the mountainous complex of Thripti & Orno slopes (Lassithi) 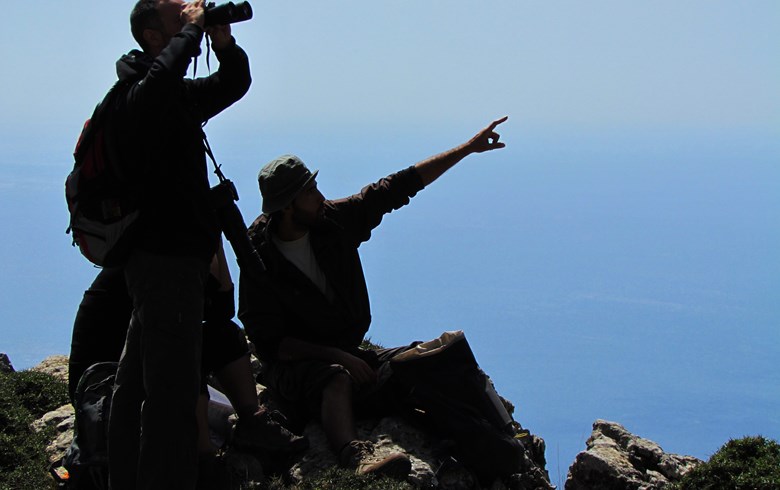 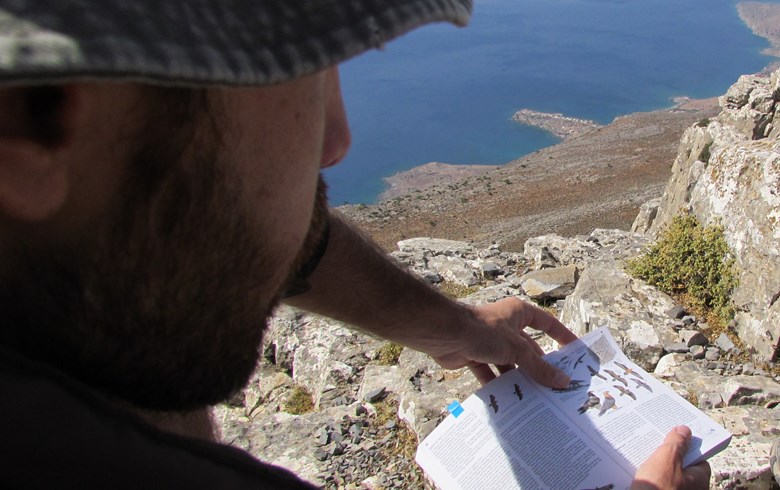 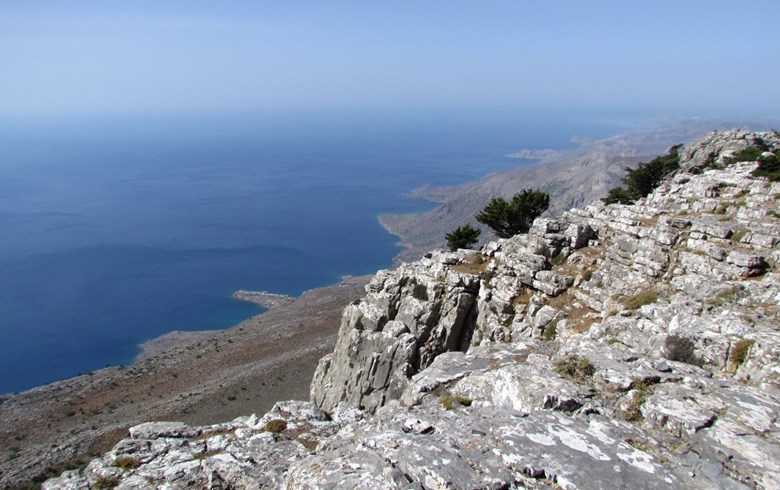 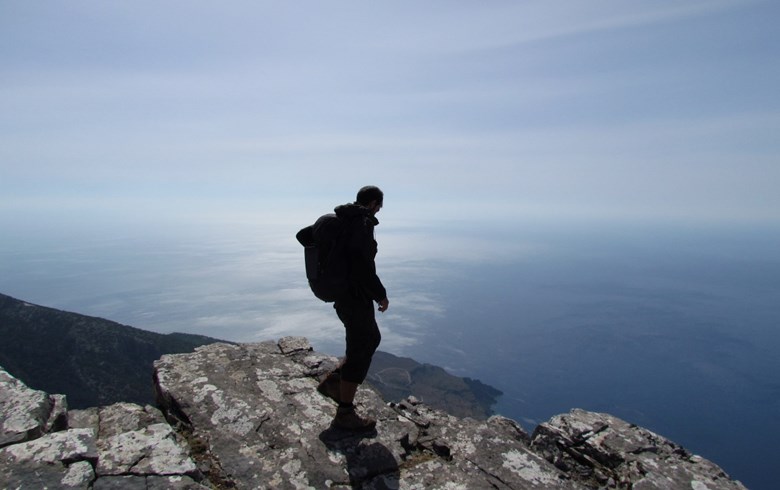 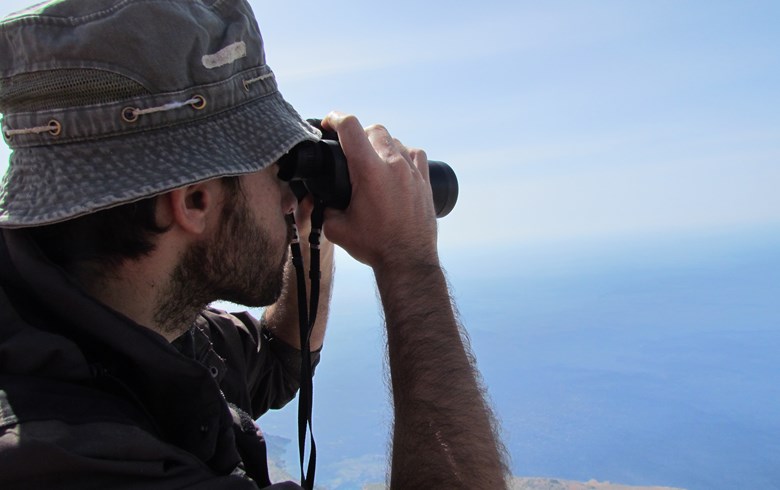 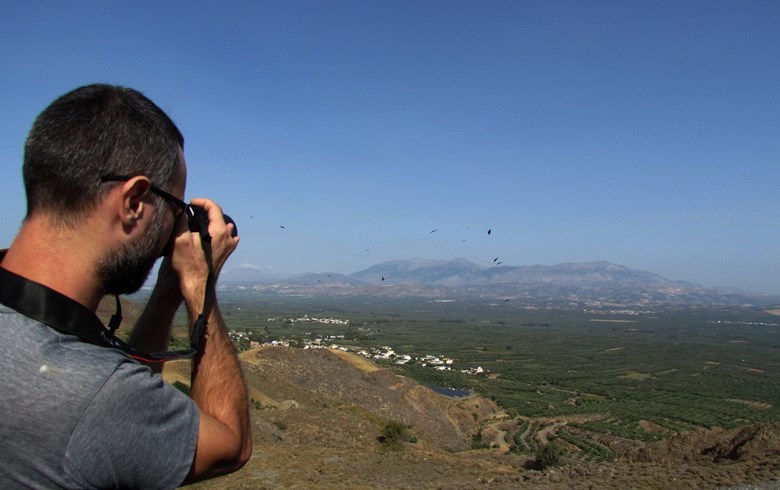 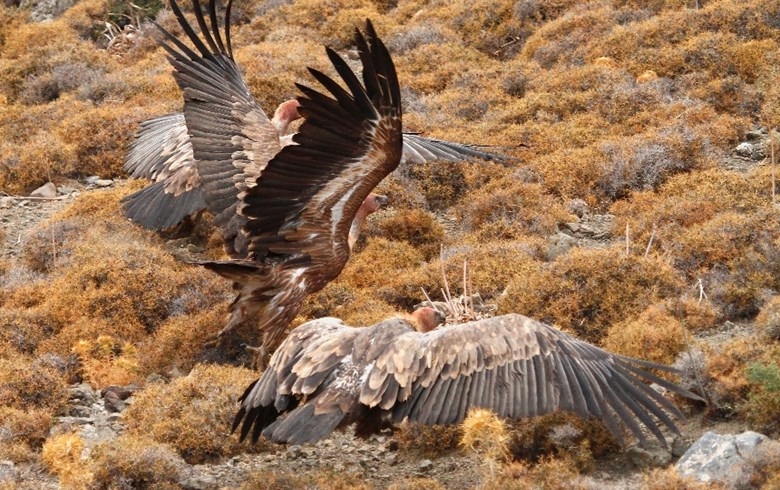 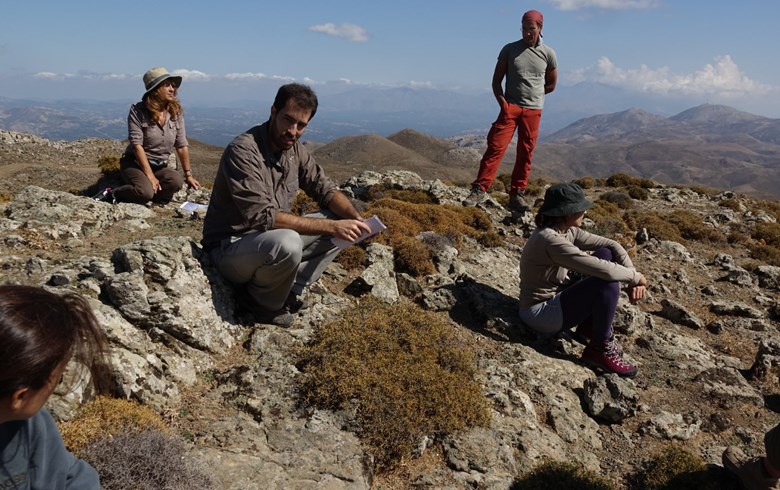 Crete’s Natural Heritage includes some of the most prominent NATURA 2000 sites for the observation of certain species of avifauna. Gifted by its turbulent geological history and affected largely by the long-lasting human management (>100.000 years) of its natural resources, the biggest Greek island holds thriving populations in certain bird species at the top of the food chain (raptors & scavengers), elsewhere extinct. The overall diversity of bird species in Crete is furthermore increased by the island’s critical position as an interim resort within the geography of bird migration between Europe, Asia & Africa. The combination of traditional practices and the current scientific monitoring by the University of Crete has delivered an overall number of about 190 bird species (Residents, Breeding, Wintering or Vagrants).

Being aware of the importance of this legacy for the next generations of residents & visitors of Crete, we propose special tours for amateur & more experienced birdwatchers or just for sensible travelLers with a focus to Cretan Natural History.

Discovering the elements of the perfect shelter

Asterousia Mountains are the most prominent range to the south of Heraklion prefecture, although they are not ranked amongst the highest ones. Their uniqueness is stressed by their proximity to an extended valley, which they do border from the Libyan Sea, to the south of Crete. Asterousia range comprises a number of characteristics that make it an excellent place for the well-being & sustainability of an increasing population of big raptors and scavengers.

Initially we pay a visit to a couple of crucial birdwatching spots of Natura 2000 Asterousia region. The guided tour emphasizes on aspects of natural and human made environment and the factors that determine the sustainability of avifauna in the region. We will also learn how to distinguish the most important species by criteria of shape, size and behaviour. We will walk over parts of the E4 European Path, over ancient pilgrimage pathways leading to the shoreline and other traditional paths used by shepherds. Then, we drive southwards to some of the most disclosed beautiful beaches of Southern Crete (Libyan Sea).

In the southwestern foothills of the massif of Psiloritis lies the Gorge of Platania offering a special tour. The marked path, bordered by vulture colony, climbs the hillside in a weaving, zigzagging manner crossing a scenery of unique landforms at the western boundaries of Psiloritis Geopark. The elevation of escalation is at the same time an entrance to the unknown world of birds of prey over the historical provinces of Amari and St. Basil, where the presence of even more rare big sedentary birds (predators and scavengers) has been recorded. Ideal place for bird watching raptors.

From the western foot of Psiloritis Geopark we climb the gorge of Platania in a moderate tempo paying attention to all the aspects of this natural paradise. Besides short breaks for bird watching, we take a big break for a meal in nature under the shadow of the Kermes Oak trees.

The mountainous complex of Thripti & Orno slopes forms the fourth range in Crete based on height, total area, abiotic factors, landscape value and biodiversity in flora and fauna. During the previous decades its largely unexplored inland has remained untouched by mass tourism whereas nearby coastal areas witnessed intensive forms of tourist development focused on building, tourist / entertainment infrastructure etc. Ideal place for bird watching, hiking in amazing pathways and conceiving the civilization process in Crete during the Geometric & Archaic Period.

From Kavousi village we visit the archaeological park of Geometric settlements, post byzantine frescoed churches and the monumental Olive Tree.  Then we hike to the birdwatching sites through traditional paths. Besides short breaks for bird watching, we take one major break for a meal in nature under the shadow of the plane and oak trees.

* This trip is a private excursion.
* Not ideal for people having vertigo.
* Children can participate from the age of 12, given they have a relative trekking experience.
* Necessary personal equipment: Sunscreen oil, Hat, Sunglasses │Walking or trekking shoes │Swimming suit │ Towel | Small rucksack with your personal items
* (!) Please inform us of any dietary needs/particularities you might have (allergies, intolerances) or other health issues we have to take into consideration.
INFORMATION
Click to enlarge map
Duration Up to 8 hours
Dates From April to October
Note: With at least 3 days’ notice
Location Mountains of Crete
Difficulty: Moderate / 1B
Languages: English
Note: For other languages, it is possible to have an interpreter, with a supplement.
Cost: Upon request
MAKE A REQUEST
SEND US A REVIEW
RELEVANT PACKAGES THE FALL OF THE CITY CROWN - KIDS & FAMILIES! THE FALL OF THE CITY CROWN - ADULT EDITION!